On May 14, 2018, NEO’s Youth Engagement Fund (YEF) led a site visit to one of its grantees, New Era Colorado, the day before the Funders’ Committee for Civic Participation (FCCP) annual convening. In addition to YEF, New Era is also a current and past grantee of NEO’s State Infrastructure Fund. YEF donors, several funders attending FCCP and partner organizations attended the site visit held at New Era Colorado’s new offices. Austin Belali, Director of the Youth Engagement Fund, highlighted the work of New Era in the context of the demographics of the state: “Colorado’s demographics are representative of where the rest of America is headed: 40% of the under-18 population are youth of color.” 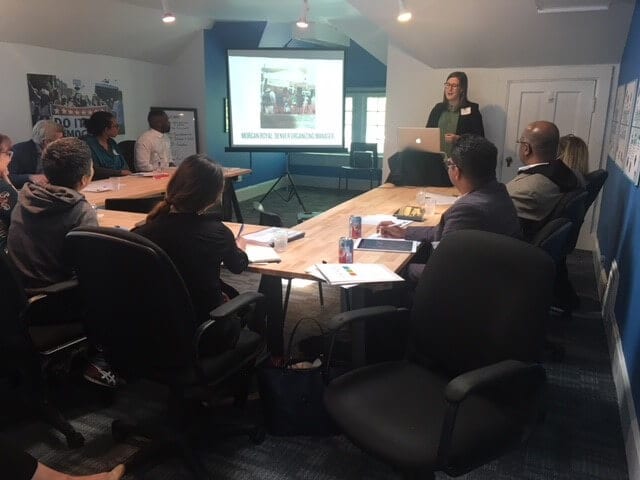 Three speakers presented New Era’s work and its success in increasing civic engagement among young people, reducing barriers to voting and building a pipeline of young leaders in the state. Lizzy Stephan, New Era’s Executive Director, spoke about the three pillars of their work:

New Era is gearing up for the 2018 elections by continuing their voter registration drives and GOTV efforts, publishing voter guides and using technology, specifically texting, to further engage and facilitate the voter registration process for young people.

The vision of the organization, mirroring one of the goals of the Youth Engagement Fund, is to incite a generational change, one where more young people will participate in the civic process, with reduced barriers to voting and a leadership pipeline of progressive young people working to change the face of the state and the country.