NEO Philanthropy is committed to uplifting the voices of marginalized communities who are our grantees and partners working to make the world a more equitable place. In honor of Pride Month, we are profiling a few of the many organizations, leaders and NEO partners who are making waves in the LGBTQ space. 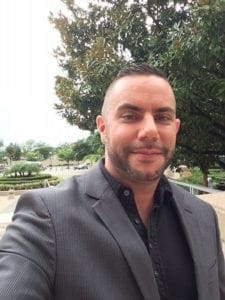 If you were to sit down and talk to RJ, a trained lawyer, about his work, one message would be abundantly clear: sex work is work. As a sex worker himself, he stresses that sex work, just like your 9-5 job, is a combination of choice and circumstances. And just like your job, there are pros and cons, there are good days and bad days. RJ believes that sex workers are not victims and those who are trafficked aren’t victims either, they are survivors.

Where the differences lie between the traditional 9-5 and sex work are in the protections afforded to those workers. Sex workers are often criminalized and stigmatized for their choice in work. Promoting and protecting the human rights of sex workers is essential and makes them less vulnerable, pulling them from the margins and validating them as a respected and valued part of our society.

Having society try to push him into the margins is a feeling RJ is familiar with. As a queer, indigenous sex worker, he isn’t supposed to be in the spotlight. Instead of hiding, RJ has decided to be on the frontlines pushing and fighting for the rights of some of the most stigmatized and marginalized members of our society. Through his work at the Sex Workers Project, RJ and his colleagues provide free legal aid and social services to individuals who engage in sex work, regardless of whether they do so by choice, circumstance or coercion. As one of the first programs in the nation to assist survivors of human trafficking, the Sex Workers Project has pioneered an approach grounded in human rights, harm reduction and in the real life experiences of their clients.

As Pride month this year comes to a close, RJ urges the LGBTQ+ community to remember its roots. “While we have gained a great deal of equality and public acceptance, there are so many people in our community that are experiencing threats to daily human rights. Queer people are still being sent to conversion therapy and trans people of color are fighting for their lives. Pride is a celebration, but it was always rooted in resistance.”

In his perfect world, other movements would rally around sex workers and RJ would be out of a job because nonprofits and NGOs would no longer need to fill the gaps of the government’s responsibilities to protect all people. Until then, RJ and his colleagues at the Sex Workers Project will continue to speak for those forced to hide in the shadows.

To learn more about RJ and the efforts of the Sex Workers Project, visit https://swp.urbanjustice.org/.